They’ve got a lot of catching up to do … 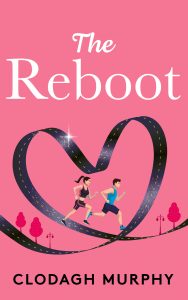 Ella and Roly have bright futures ahead of them when they strike up an unlikely friendship as teenagers.

By their early twenties, they’re living their dreams.

Ella’s going to university, falling in love, and embarking on a promising academic career.   Roly’s touring the world as a member of teenybopper idols Oh Boy!, playing sell-out concerts to crowds of adoring fans and picking up the girls who throw themselves at his feet.

But when they reconnect ten years later, everything’s changed. A chronic illness has forced Ella to abandon her studies, move in with her mother and put her dreams on hold. Roly’s been kicked out of the band, ripped off by his accountant and dumped by his underwear-model girlfriend.

Now they’re both ready to start over. But will they ever get back to where they once belonged? Or could the journey lead them somewhere even better?