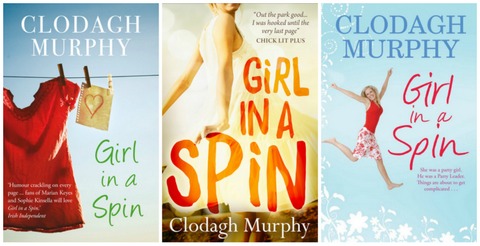 This was my first experience of writing under contract, complete with big scary deadline, and it was a bit of a shock. I had the idea while I was still editing The Disengagement Ring, and I was itching to write it. But I came down with a bad case of ‘second book syndrome’ during the process, and there were times when I felt I was destined to be a one-book wonder.

This book was originally called ‘Spinning Jenny’. The idea was sparked by reading Alastair Campbell’s diaries, which I found fascinating – and a bit of a crush on the man himself, if I’m honest. But Jenny was the real driving force behind the book. She was one of those characters who came fully formed and I was just dying to write about her. I wanted everyone to love her as much as I did, but I knew it would be a bit of a challenge. Petite, stunning, with no insecurities about her looks and men falling at her feet in droves, on the surface she’s perhaps not the most sympathetic character. But of course there’s a lot more to her than that, and it was up to me to do justice to the real person behind her bubbly, naive facade.

I was very pleased when the book came out that readers seemed to really ‘get’ Jenny and were rooting for her all the way.